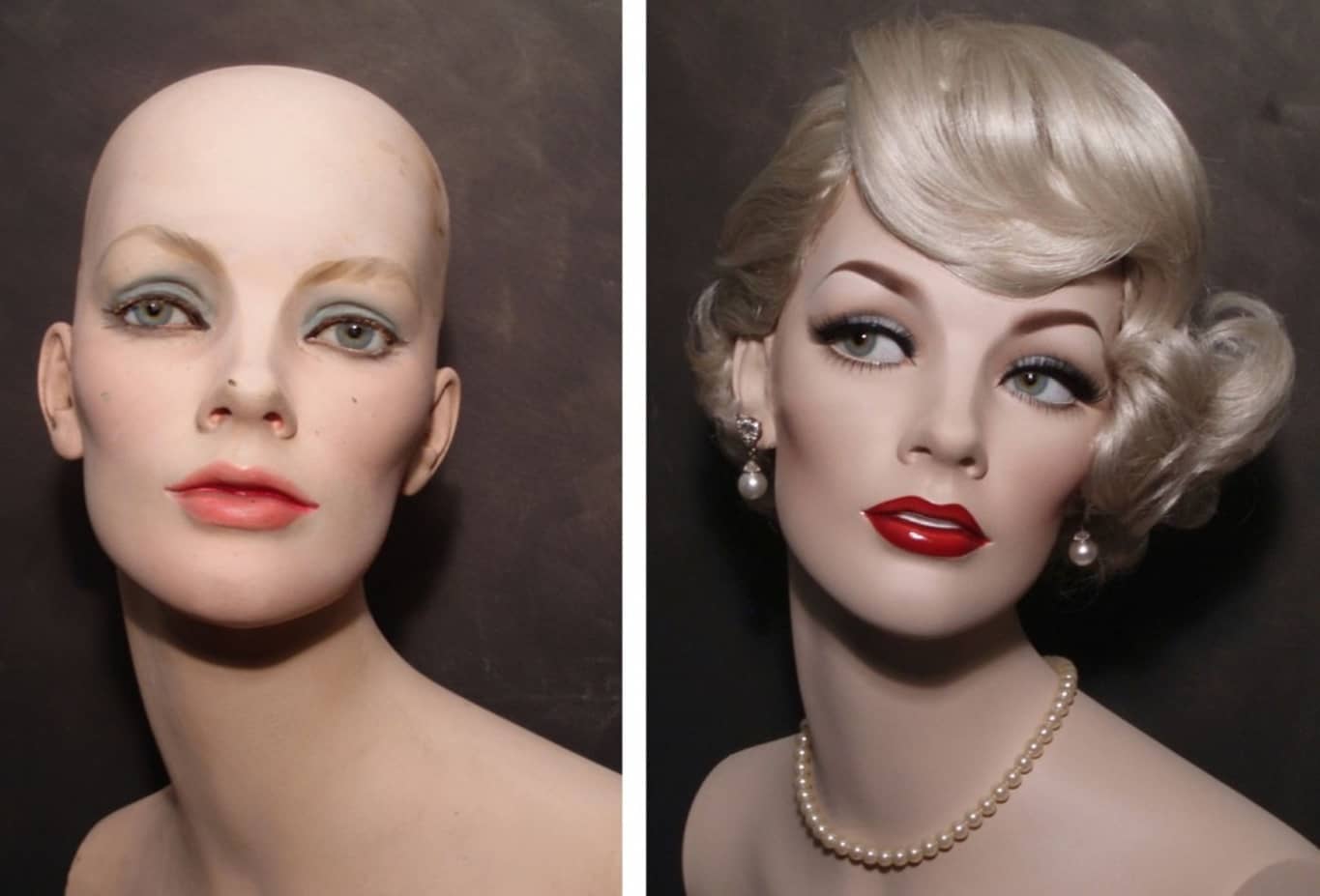 From Barbaric to Barbie: The bizarre history and evolution of Mannequins.

One of the earliest documented recollections of a display mannequin was a 300 pound Frankenstein nightmare in the 19th century, intended to make clothes look more attractive and appealing.

With limited resources and a rough sketch of the concept, these models had arms made of wood, legs made of steel and an upper body made of wax that melted under harsh lights.

With a full set of fake teeth and real hair, these mannequins could easily be casted as the protagonist in any Wes Craven movie.

Still, we appreciate these glass eyed beauties because they set the stage for the stunning pieces of art and innovation that we know them as today!

The end of the victorian persion marked the beginning of the corsets and straight laced mannequins just did not have the kind of appeal that hour glassed voluptuous figures attracted, this called for a string of protests by the Women’s Christian Temperance Union.

Window displays that showcased these corseted dolls were eventually banned by law till the 1960s in a few cities that banned the undressing or dressing of these figures without shutting down or covering up the windows.

In the early 1900’s as women’s fashion grew more modest, so did the mannequins, with the first world war at foot, women started to take up laborious jobs and roles in the weapons manufacturing industry, to replace the men scouted as soldiers in the factories.

Mannequins grew a less controversial waist, lost the corsets and upgraded to mobilized knees and elbows to market a more comfortable and realistic look.

With the rejection of unrealistic Victorian overtly feminine figured models by the 1920s, mannequins began to reflect the beginning of the women’s rights movement, shapeshifting into a more gender bending modern form that was more realistic and andrygynous.

Seigel and Stockman introduced a new paper mache model that shed over a 100 pounds off the prototype and did not melt in harsh lights.

Mannequins have always attempted to emulate the environment and conditions of their era. which is why as the Great Depression took form in the 1930s, so did the shapes of mannequins.

Seeing the response and attention generated by these expressive designs, Lester Gaba broke out of norms and rules notorious in the fashion industry and created Cynthia, a 100 pound freckled perpetually seated model that had realistic imperfections instead of abstract versions of ideal beauty.

Cynthias’ iconic pose, with a cigarette in one hand made her so relatable and lifelike that she received fan mail from admirers, gifts from celebrities and even got invited to the royal wedding!

Even though Cynthia met a horrible demise one unfaithful night at a salon where she slipped off a chair and shattered into pieces, she marked a new standard for mannequins and reflected how mannequins had the ability to evoke strong emotions and sentiments from people if targeted accurately, and thus became an important tool for marketing.

Check out our range of (evolved) mannequins and display props at www.xitedisplay.com!